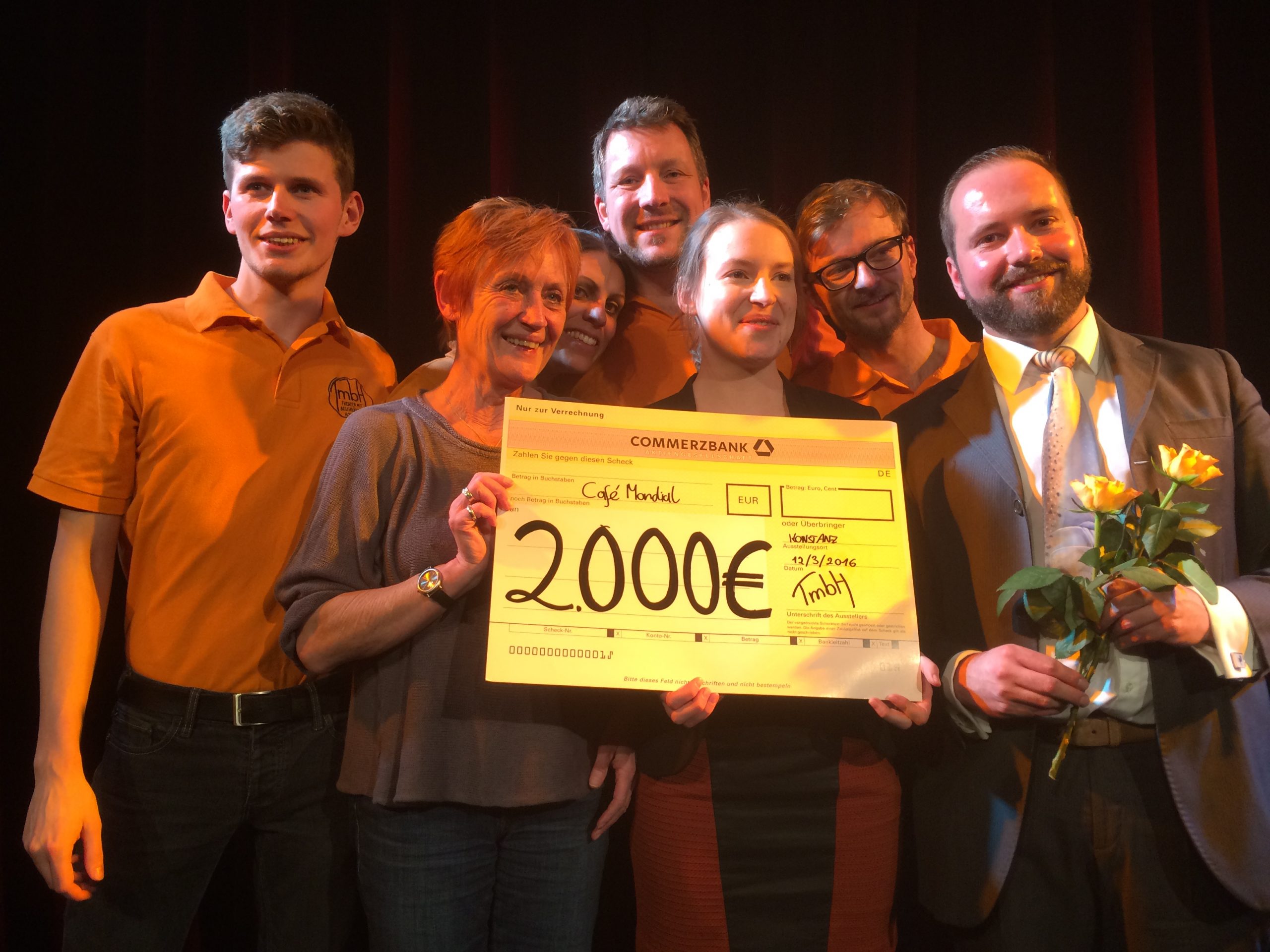 The idea of „improv without borders“ at March 12th 2016 was to encourage the international improv community to support refugees worldwide. 92 „improv-theaters“ in Asia, Australia, Europe and North-Amerika took part in the campaign.

TmbH arranged a rather spontaneously gig to paritcipate in the initiative. At the Kulturzentrum K9 the team of „Theater mit beschränkter Hoffnung“ improvised theater at its finest.

For stunning ideas, roses were thrown on the stage; for less stunning ideas, sponges. Roses made up the clear majority – and moreover, the team of  TmbH generously rounded up the revenue to a sum of 2000 Euro! This is why Café Mondial would like to metaphorically throw some more roses.

We are grateful for the assistance – to the team of  TmbH for selecting Café Mondial as the recipient of the donation, to the K9 for providing the room, to all the spectators who filled the house.

Finally, we would like to reconfirm our sincere hope to open our Café Mondial soon. The donation will help us to turn the „social building“ at Palmenhauspark into a space for encounters between people of different backgrounds; into a space where everybody can live the art of cultural diversity.