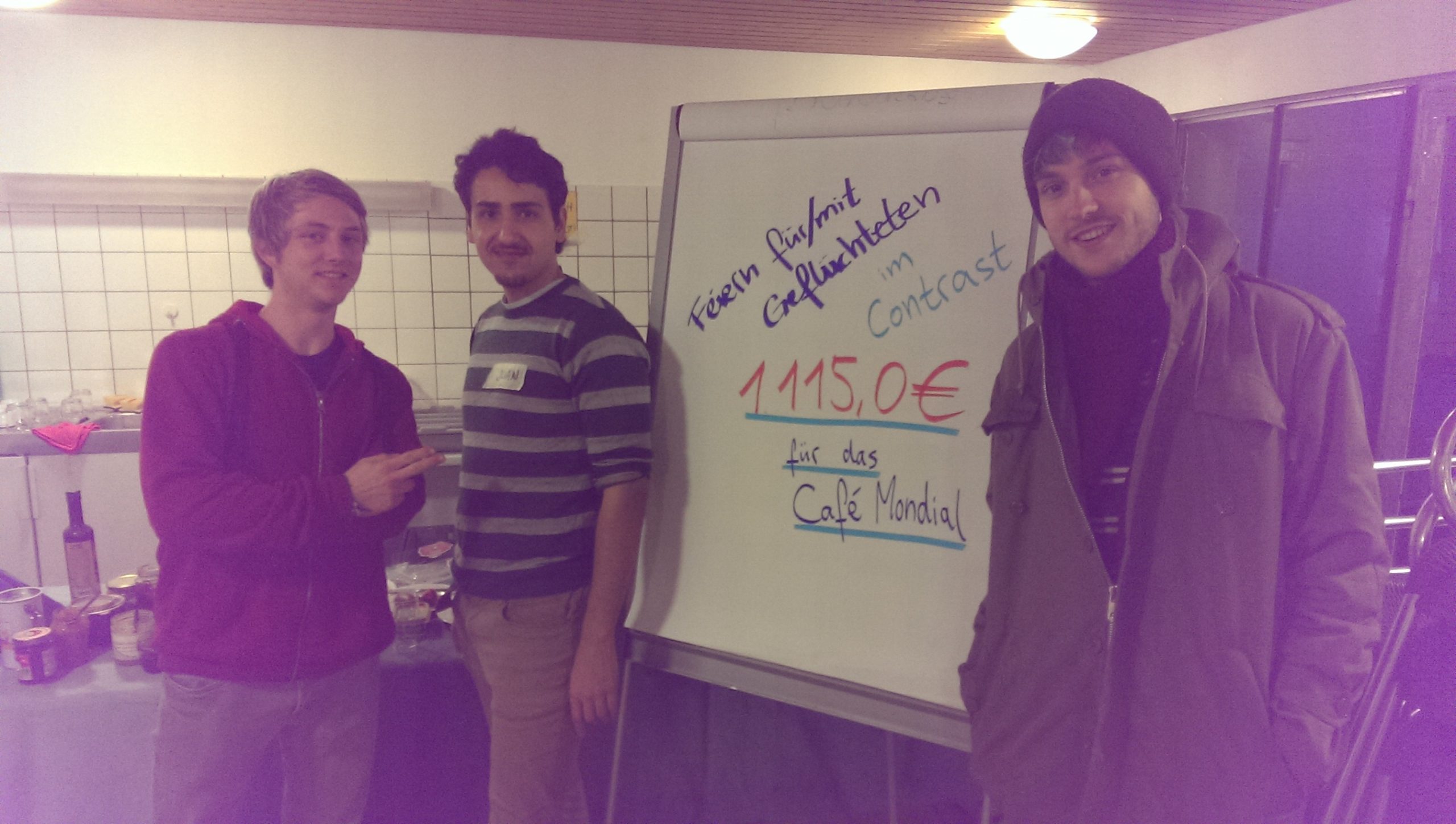 To make party, to have fun and to support refugees at the same time – is that possible? With the help of the Team of the „Contrast“ the idea of Nimo and his friends succeeded. The charity concert „Party for/with refugees“ in favour of Café Mondial took place at 11th December. The lokal bands sound monkeys, Avoiding Peanuts, Matsch Moor und Contrast Orange contributet to the concert and fended for vibes.

At the general meeting of Café Mondial on 31th January, Nimo and Jonas from sound monkeys handed us over the donation of 1115 Euro.

We cordially thank all who was involved in the party for the magnificent benefit.